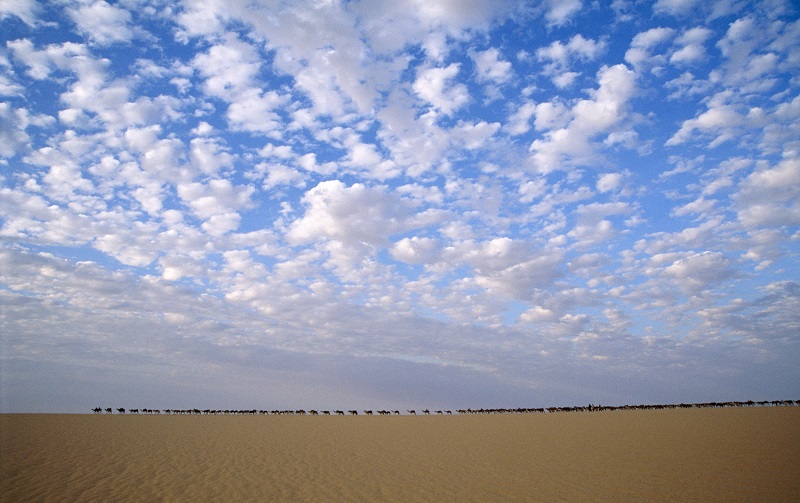 Camels: often called “ships of the desert”, you see them on the horizon, you see them at waterholes, you see them winding their way through palm groves and through sand dunes, throughout the Sahara. 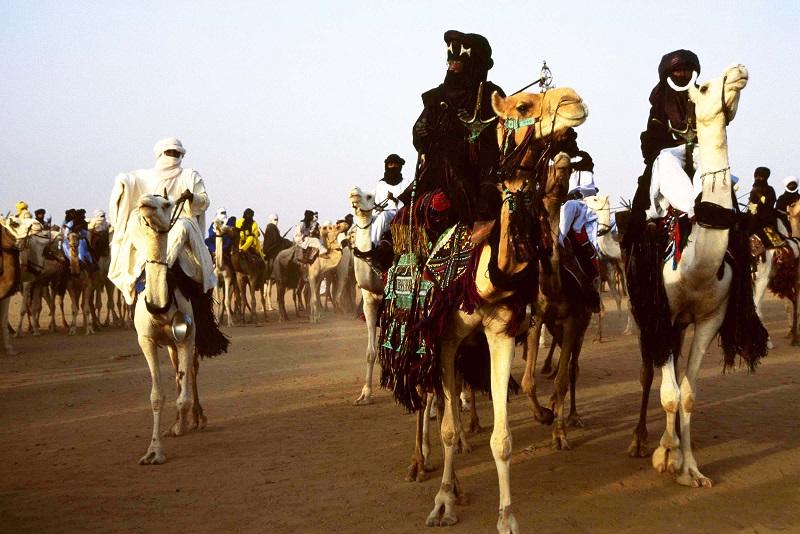 You also see them on the rocks where they were carved or painted long ago. Yet the camel is a relative newcomer to this ancient land. The first camels to have reached Africa are believed to have arrived somewhere around 500 BC and to have gradually moved west across Northern Africa. 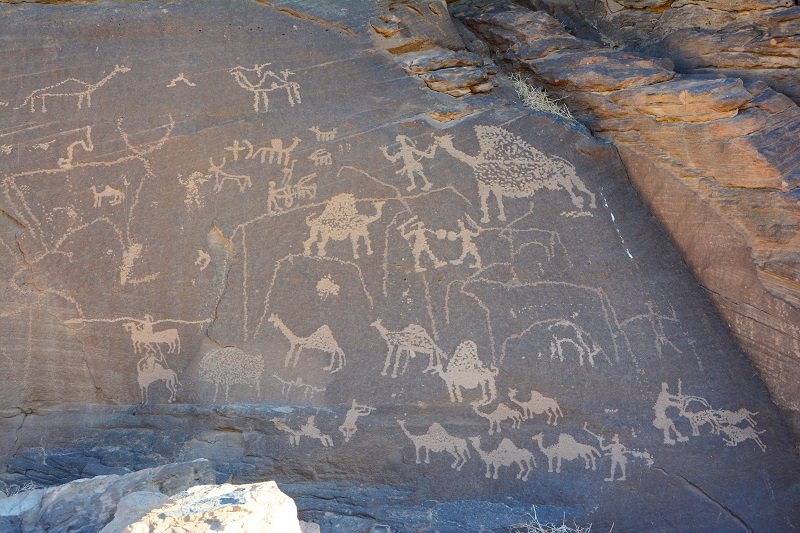 One of the reasons for our extensive knowledge about the camel’s movement and distribution in Africa is the ubiquitous images, both painted and carved/engraved, which adorn boulders, cliffs, and canyons in the Sahara desert. Not surprisingly, this period of rock art is known as the Camel Period, distinct from the earlier but overlapping Horse Period (and the even earlier Pastoral Period). 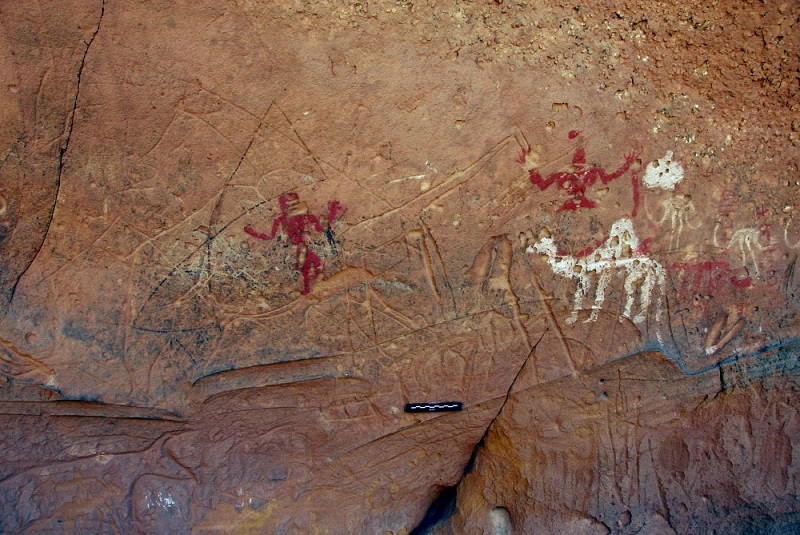 We have recorded hundreds of camel images now in the TARA archive and also accessible online through the British Museum’s global digital collections. These images are rich in camel period iconography such as saddles, trappings and weapons. 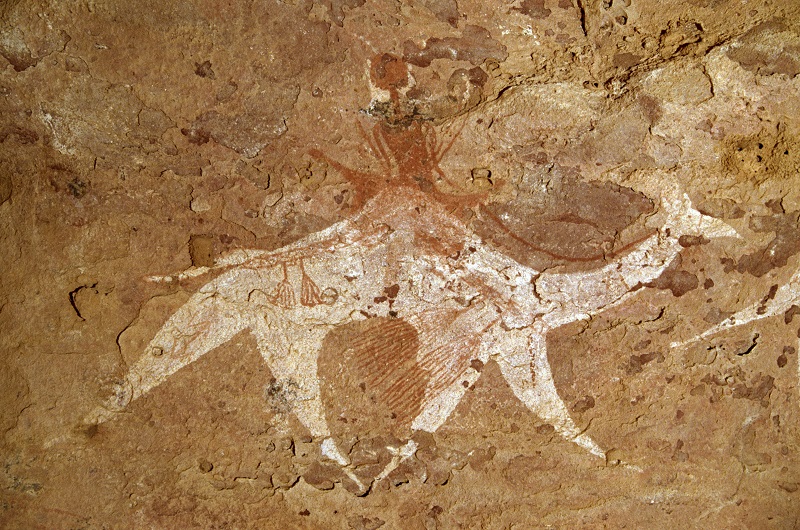 The history of the camel in North Africa is inextricably linked with trade and caravan routes. But today camels are found as far south as Kenya and Somalia. Most of the southernmost camel art TARA has recorded is in northern Kenya. 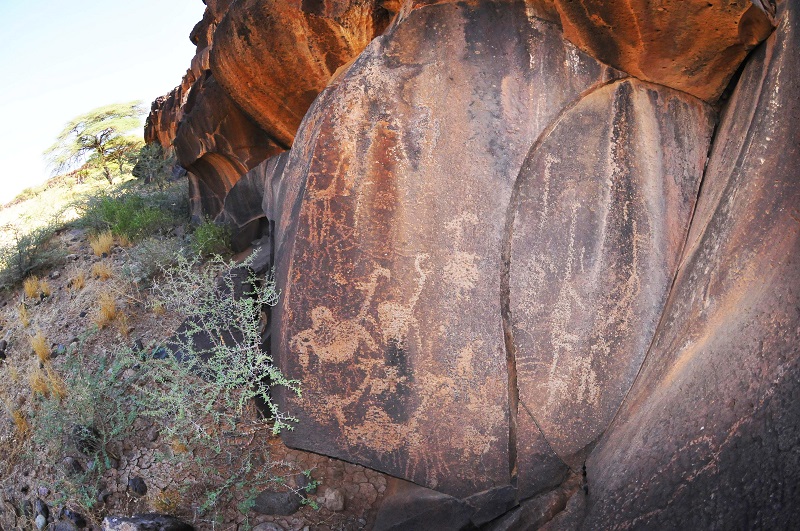 Interestingly however, we have recorded camel rock art even in South Africa. The engraving from the Northern Cape is visibly young looking since it is not highly patinated. 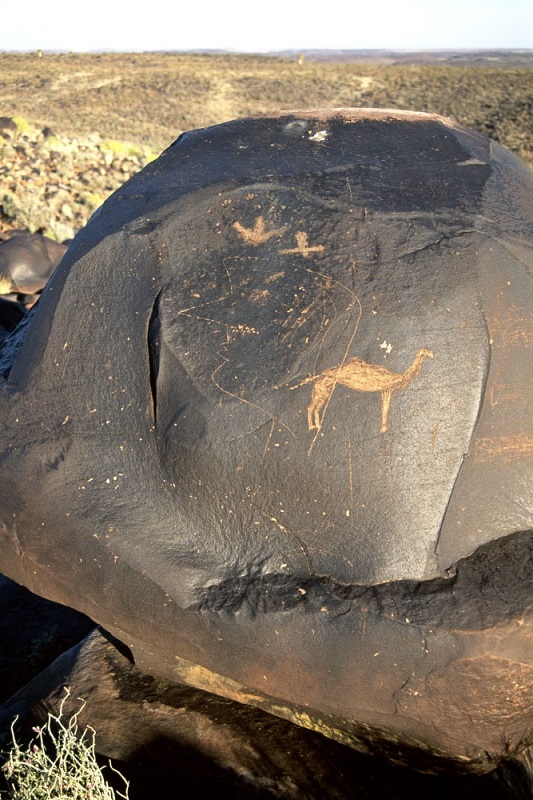 The Camel Period is the last identifiable period of North African rock art and since it started in the 1st millennium BCE, the practice has continued right up until recent times. Yet despite this and despite the exceptional quality of some of the images, it is the least studied period, perhaps because it is the youngest. 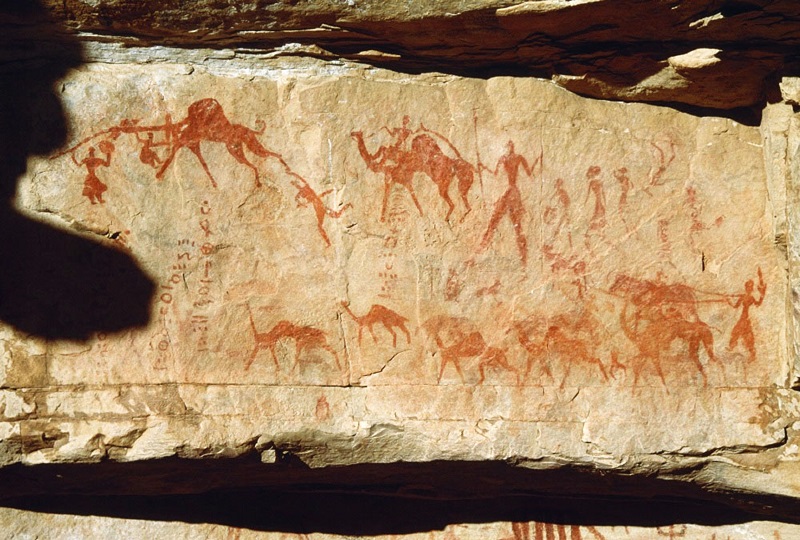 Procession of camel and riders, Algeria

One general indicator for dating rock art which applies to camel art and to earlier periods of art, is that the earlier periods tend to be more naturalistic in style, and the later periods increasingly stylised and schematic. The camel art of the Sahara is a remarkable testimony to the crucial role that this animal has played in the exploration and development of some of the world’s most remote areas and carries with it a wealth of other historical and cultural information about the Sahara and neighbouring regions. 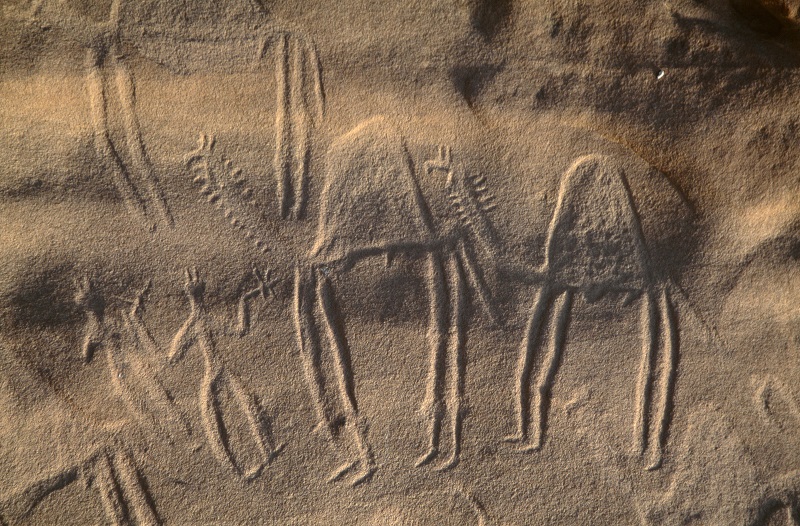 Time is however not on our side. On our trips we are finding more and more damaged art, not just by vandals but by oil and mineral exploitation activities as well. Despite the quantity of camel art which we and others have recorded over the years a huge amount still awaits documentation and may soon be lost for ever. 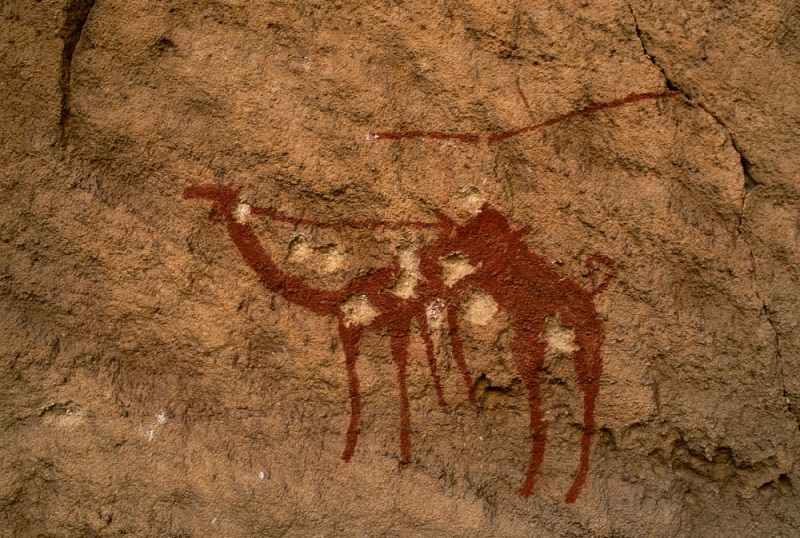