Rock art makes up one of the most important records of human thought. It also throws important light onto past histories and cultures. Africa has a great diversity of rock art and one of TARA’s main missions, in partnership with UNESCO, is to safeguard this unique rock art heritage. One of the countries that has taken the lead in conservation and valorisation of rock art in Africa is Morocco.

As a follow up to a Theft and Vandalism workshop in 2010, TARA recently organised a 3 day conservation workshop in Agadir titled ‘African Rock Art at Risk: Facing the Challenges of Conservation and the Issue of Development’. The workshop was organised with the support of Morocco’s Ministry of Culture and the Prince Claus Fund. The aims of it included examining the current status of rock art; identifying the most threatened sites; and devising a plan of action to document rock art and undertake necessary measures to protect it. In attendance were representatives from at least 10 African countries where rock art is present: Morocco, Mali, Niger, Chad, Nigeria, Kenya, Uganda, Mozambique, Zimbabwe, and South Africa.

At the conference we heard from different speakers from around the continent how the biggest threat is a lack of awareness at all levels about the existence, importance and antiquity of rock art, which automatically leads to neglect and damage. Different strategies were proposed to deal with this including awareness and educational strategies, as well as community oriented projects. In particular, community engagement and empowerment in countries where the State is not pro-active in rock art conservation emerged as key requirements for conservation. We heard about vandalism and management failures and of mining companies being allowed to destroy rock art sites by their governments. 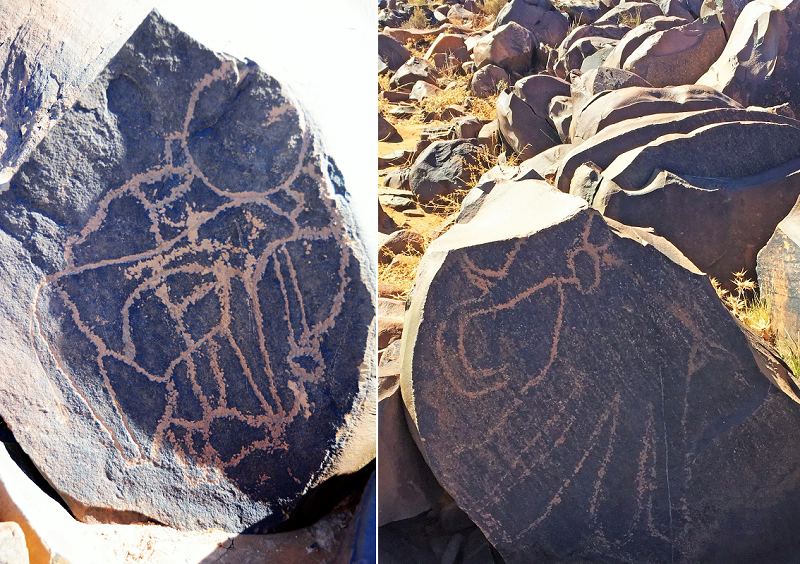 Two notable and innovative solutions from the wealth and diversity of experience at the conference were:

(a) In response to a problem in Zimbabwe where local independent churches have taken to holding services and lighting wood fires in rock art shelters and caves, and the smoke from the fires blackens the walls and ceilings and the rock paintings. The proposed strategy is to sensitise the priests and prophets to the spiritual and national importance, and antiquity of the art. This would be in addition to communicating the possibility of paying visitors coming to see the paintings if they preserve them by making their fires elsewhere.

(b) In response to a need to document large numbers of as-yet unknown engravings in Niger’s Aïr Mountains, the rock art Association, ANIGOURANE, have been training, equipping and thus empowering local Tuareg people to document their own sites and create their own rock art archive.

Following the workshop participants were taken by the Morocco Director of Culture, Dr Abdelah Alaoui to visit a newly recorded rock art site and conservation project south of Agadir. The rock art in this area dates from the Pastoral period and consists of rock engravings on loose rocks and boulders depicting wild animals such as elephants, as well as cows and bulls. The Ministry of Culture has erected a Conservation Centre here which also serves as a house for the site custodian and as a museum for archaeology and rock art in the region, in what is a good example of active State involvement in rock art conservation.

The workshop endorsed the words of Kofi Annan, “It is time for Africa’s leaders to take a new and more active role. We must save [rock art] before it’s too late.”