In February 2018, TARA’s David Coulson travelled to Gabon in order to record little known rock engraving sites originally documented by local archaeologist, Richard Oslisly. The main sites (rock engravings) are located near the banks of the Ogooué River, a huge river which branches off the Congo River in the DRC about 1,000 miles south west of central Gabon. These sites also fall within the boundaries of the Lopé National Park which is home to lowland gorillas, chimpanzees, forest buffalo, red forest hog, forest elephant and mandrills. 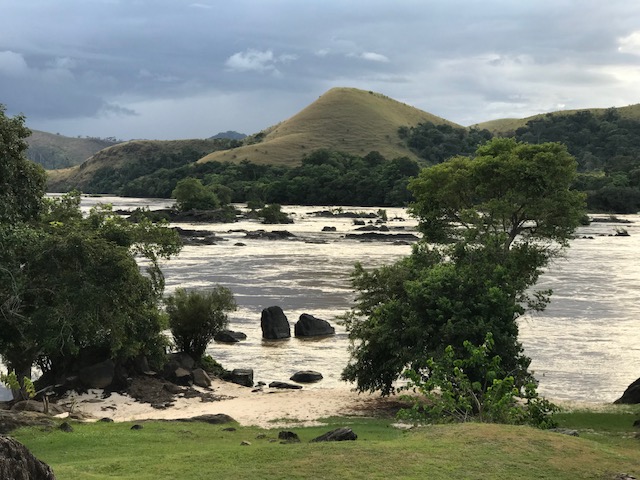 The Ogooué River in the Lope National Park.

The rock engravings are mainly geometric in design with frequent depictions of concentric circles which are probably the earliest engravings, perhaps over 3,000 years old, but there also Iron Age engravings dating from roughly 2,000 to 2,500 years of age. These include non-geometric dotted images of what sometimes look like civet cats or lizards presented as though they were skins hanging on a wall! There are also depictions of what appear to be ‘throwing knives’ (remains of an actual throwing knife can be seen in the Lope museum) and also arrow heads.

A strange and very unique feature of some of the art here is the long, snake-like lines of interlinked circles resembling chains. This is also strangely poignant when one thinks of the hundreds of thousands of slaves who must have been transported down the nearby Ogooué River from the Congo during the 18th and 19th centuries. Could it be that the chain engravings are much more recent than we think? They certainly appear more recent than the concentric circles. The latter were typical of numerous other sites recorded throughout East and Central Africa stretching into Congo Brazzaville and Gabon, dating from the late Stone Age, probably made by forest hunter-gatherers. 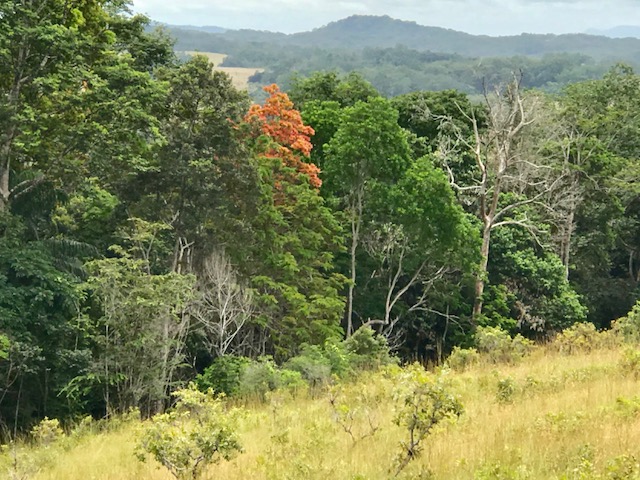 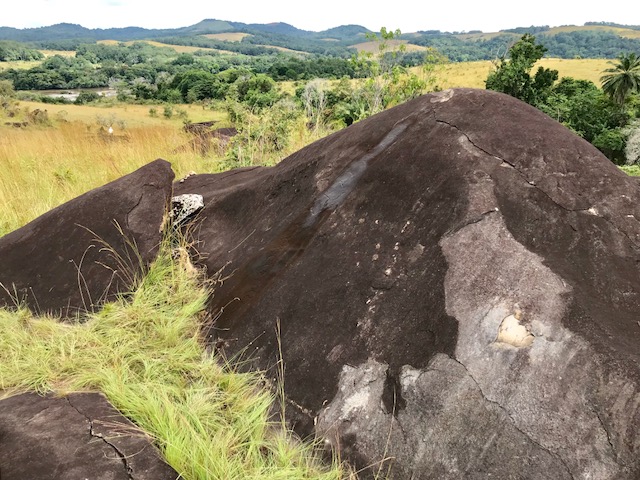 One of the rock engraving sites with the river in background. 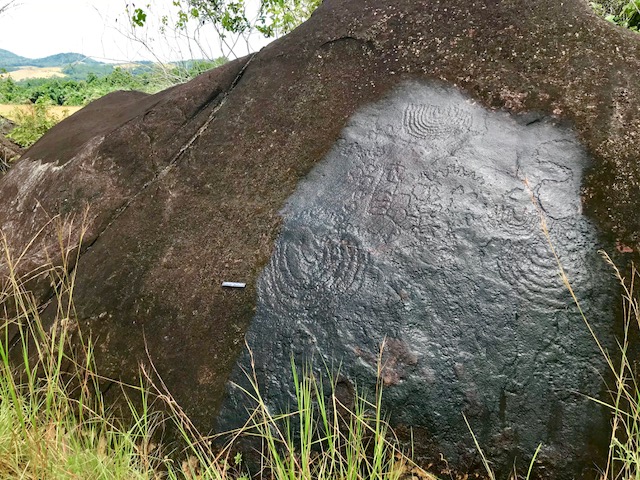 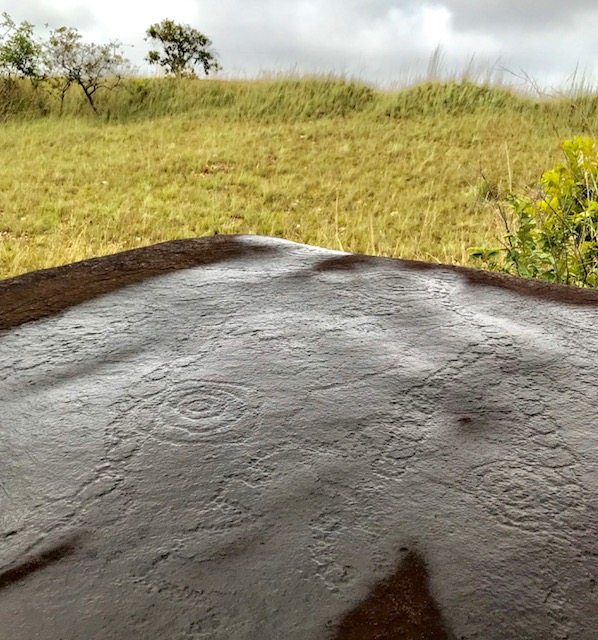 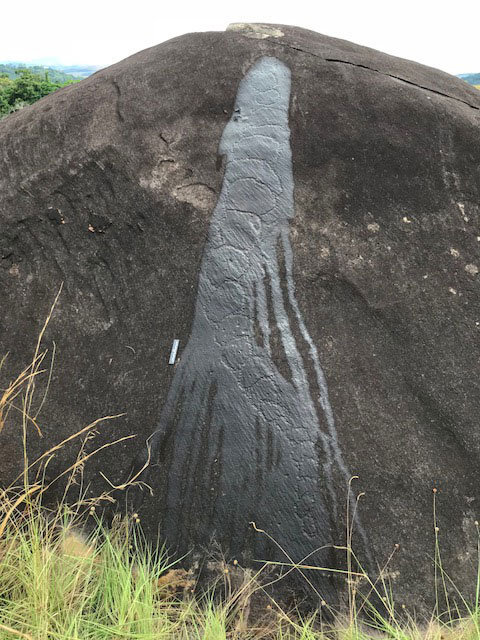 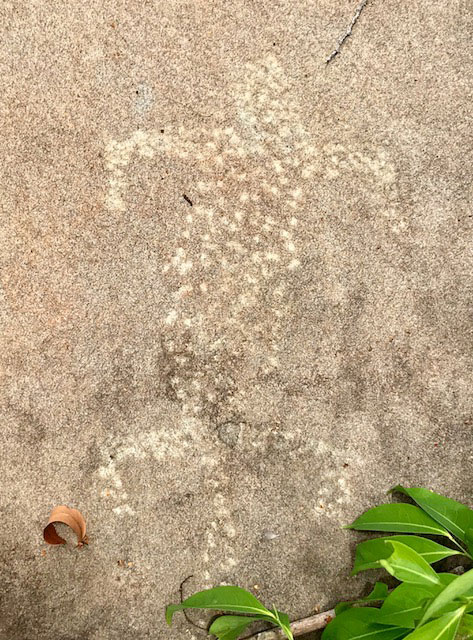 Image of a lizard or civet cat, probably created with a pointed iron tool or spear. 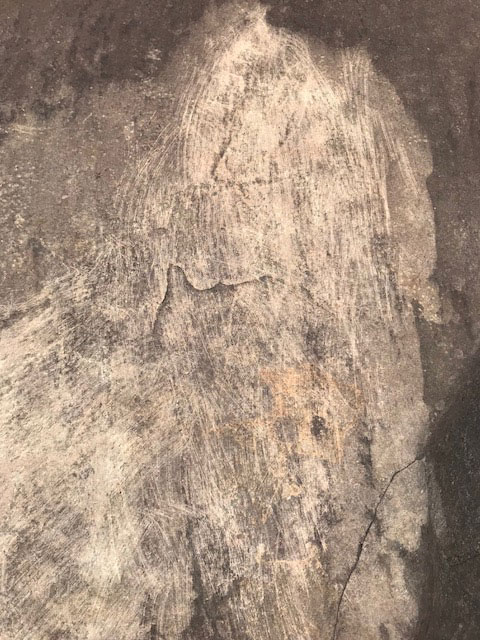 Engravings damaged by park officials trying to clean them with wire wool. 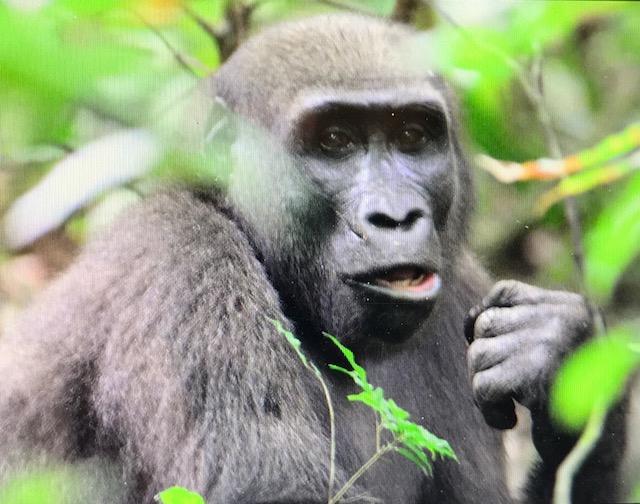 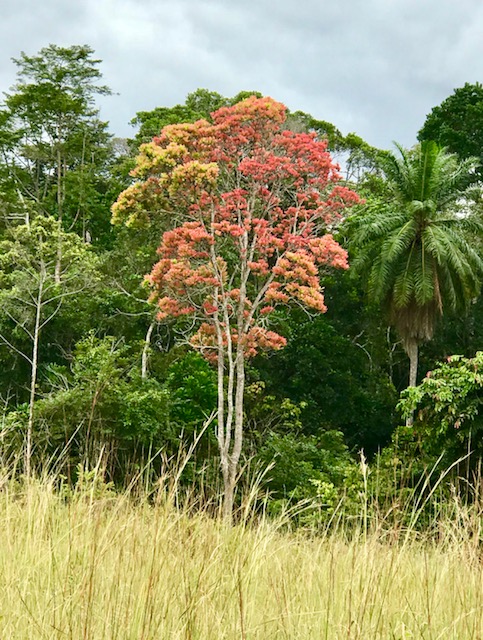 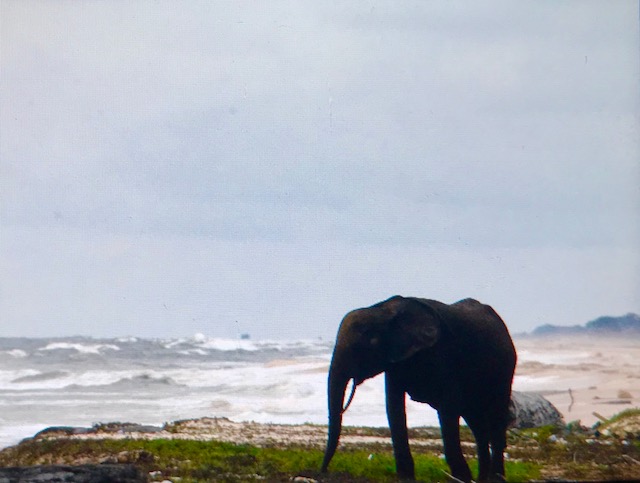 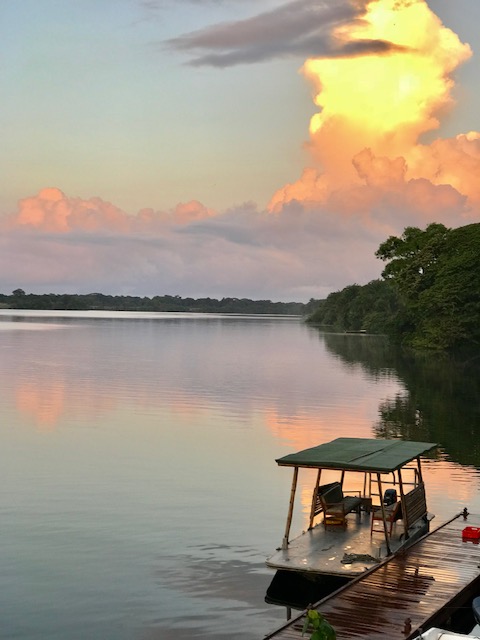 Sunset over one of the many lagoons.