In early December, TARA was again invited to the Kalacha Cultural Festival in Marsabit County.  TARA was represented by it’s Chairman, David Coulson, Community Consultant, Wanjiku Mwangi of Porini and TARA’s intern,  Josue Cardenas.   The festival was organised by the Kivulini Trust.

This year’s festival brought together pastoralists, fisher folk, metal artisans, hunter gatherer and agricultural communities of the region to share and celebrate their cultural and natural heritage in order to promote cultural diversity, social harmony and sustainable development.  The importance of harmony in the region was emphasised by different speakers in the light of the many development challenges which the region now faces.

Most of the rock art is found along the eastern shores of Lake Turkana and in the northern Chalbi Desert area between the Huri Hills and Lake Chalbi. Most of the animal depictions are of giraffe and sometimes camels. Other animals depicted include antelope and elephant. Geometrics are also common and often occur together with animals. The art could be the work of ancestral Batwa (hunter-gatherers) who were forest people dating from a time when the vegetation was different. 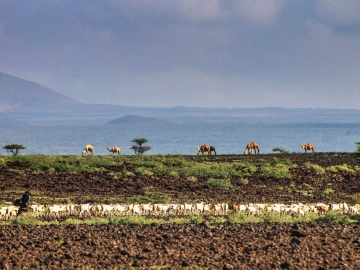 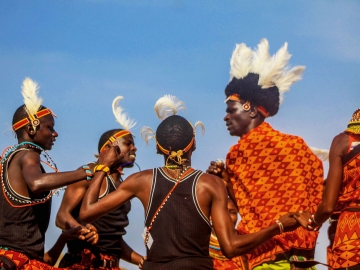 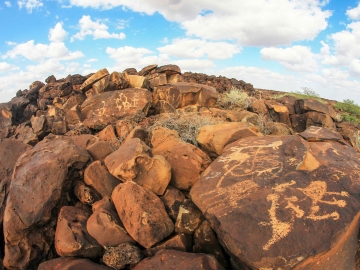 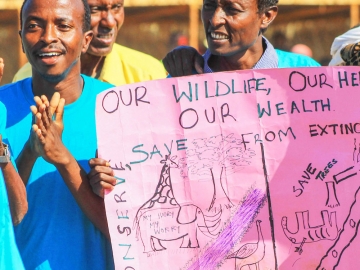 The 2015 Kalacha Festival: Can Anything Good Come Out of Nazareth?