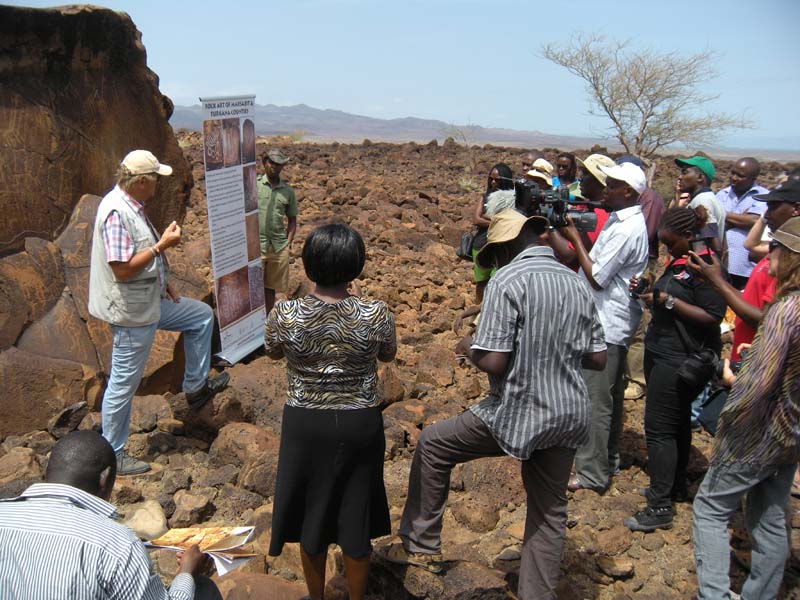 The Lake Turkana Cultural Festival 2014 was held in the dusty town of Loiyangalani which is fast becoming a tourist attraction due to the unique desert environment, the rich cultural lifestyle of the peoples of Lake Turkana and other attractions like the rock art. Loiyangalani means “a place of many trees” in the Samburu Language. This year’s theme was “Embracing cultural diversity for cohesion and social-economic development”. 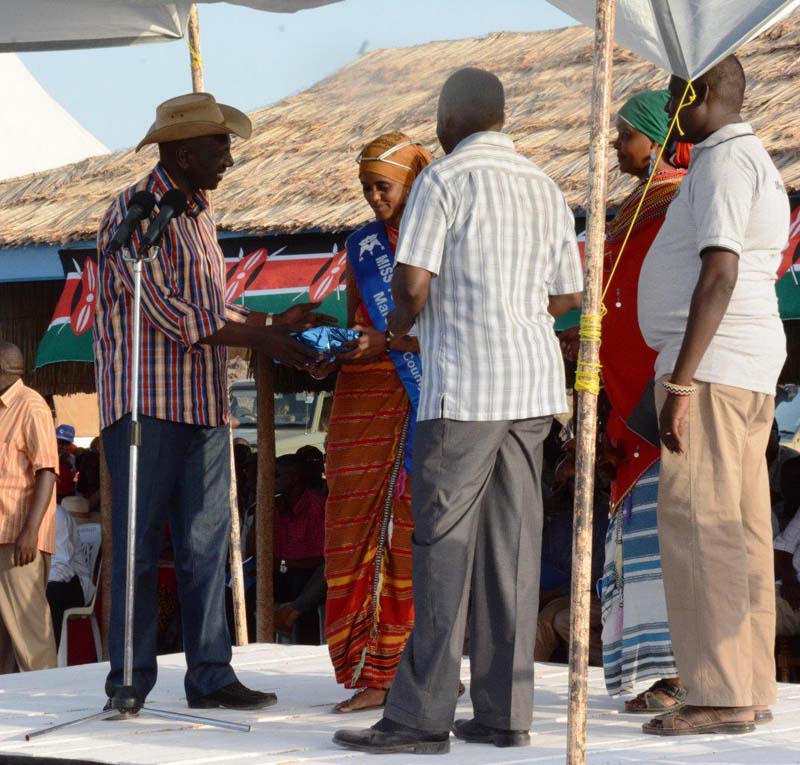 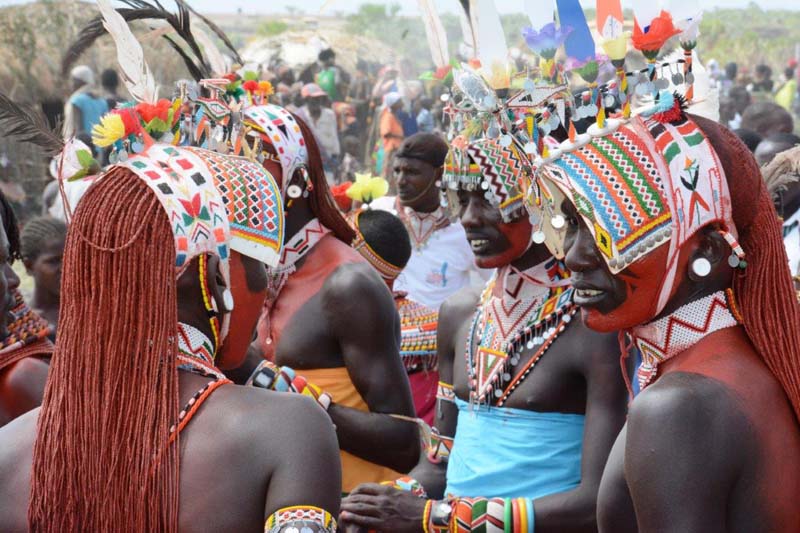 Photo: Samburu Warriors at the festival.

TARA’s participation was supported by the Christensen Fund and the Lundin Foundation.  TARA Chairman David Coulson, led dozens of guests to Marti rock art site, where he gave a presentation about the rock art and its importance. Josiah Kabiru, Kerstin Rust, John Githinji and Wanjiku Mwangi were also part of the TARA Team.