TARA Chairman, David Coulson, is currently in Zimbabwe working on a joint project with the National Museum and University of Zimbabwe (Dr Ancila Nhamo), supported by the Prince Claus Fund of Amsterdam. Already he and the team have recorded a remarkable new San painting site in the Makonde region north west of Harare. In his opinion these paintings are among the most beautiful and exceptionally preserved paintings he has recorded and could be as much as 2,000 years old. 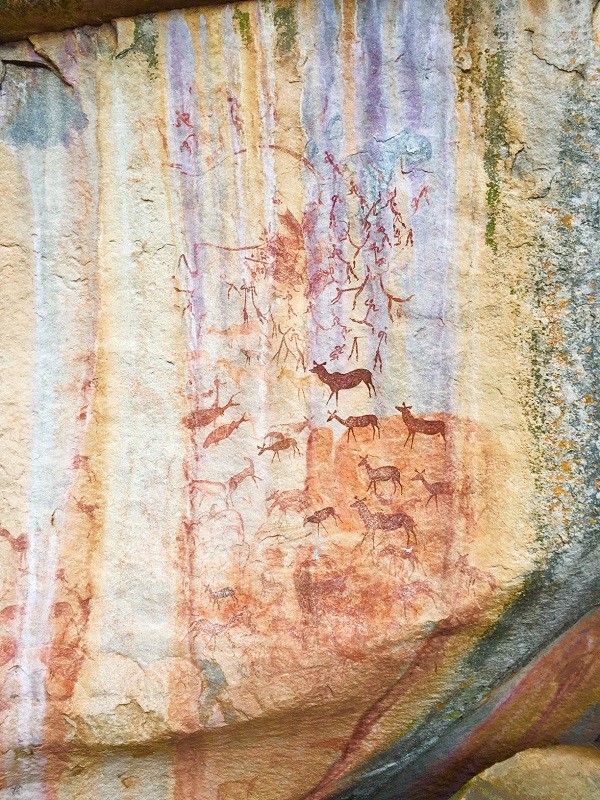 The main panel has about 150 paintings and is dominated by paintings of Kudu antelope as well as a multitude of dancers and hunters. At the top is the rear section of a big animal which might be a hippo, the front part having been washed away by a water seep. The setting of the site is beautiful. It is located amongst huge lichen-covered boulders and brachystegia trees.

Kudu are part of the antelope family which includes the eland. Together with the eland, kudu are among San groups in southern Africa considered to be totemic or power animals. These animals are credited with special powers such as the power to bring rain or to heal. In Zimbabwe the special power-animals are kudu and elephant with giraffe also being special. Meanwhile in South Africa the main power animal is the eland.

Zimbabwe’s rock art is diverse and remarkable and some paintings have been dated to over 7,000 years of age. Coulson and the late Alec Campbell have recorded rock art extensively in Zimbabwe in the past (see Zimbabwe gallery), but there is a huge amount of art still to be documented. Certain areas are known for the quality and abundance of their paintings including the area with the photographed site. 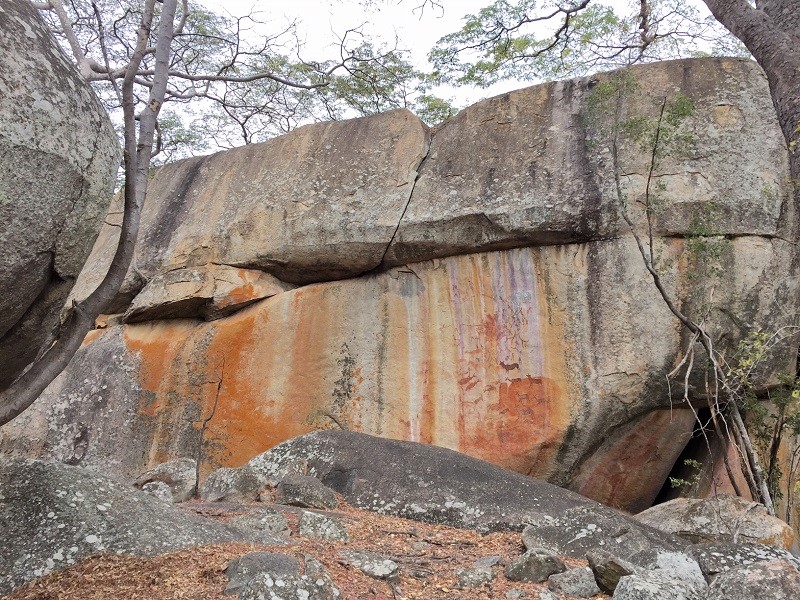 This site had been illustrated in a book published in the 1980s, but few people knew about the exceptional beauty of its main panel. We have not in recent years been able to fund the documentation of these important sites due to lack of support. This time, however, TARA is collaborating on this conservation and awareness project with the National Museum of Zimbabwe and with the University of Zimbabwe.

An important theme of this project is that a number of important rock art sites in Mashonaland, in particular, have been occupied in recent years by Independent Church groups who sometimes build fires to keep warm and the fires create soot which covers and often destroys millennia old paintings. So one of the project initiatives, led by Dr Ancila Nhamo is to do everything possible to create an awareness in these church groups and communities of the antiquity, importance and frailty of this art. This project is one of a number of important TARA projects supported by the Prince Claus Fund of Amsterdam. See more images below of sites documented as part of this project.