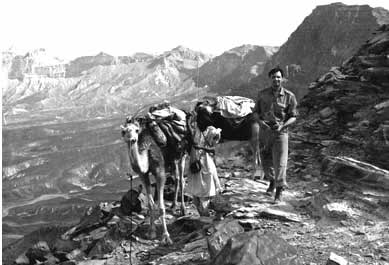 Prof. Fabrizio Mori, eminent Africanist scholar and founder of the Italian-Libyan Archaeological Mission in the Acacus and Messak passed away in July 2010, aged 85. Prof. Mori was among the first western researchers to visit the Acacus Mountains, in the south-western Fezzan. His first expedition is dated 1955 and his most famous book, Tadrart Acacus (Turin, Einaudi), was published only ten years later (1965). His approach was incredibly modern – among the first in Northern Africa to adopt a fully multi and inter-disciplinary perspective and particularly clever in the use of up-to date technologies (his first radiocarbon dates at the site of Uan Muhuggiag, among others date back to the late 1950s).

Follower of the Italian tradition in the study of rock art – with Paolo Graziosi as his principal mentor – he had the ability to continue a passionate and vibrant field activity, combined with an inspired theoretical framework. Retired in 1997, he published other, more intimate and philosophical works, such as “The Great Civilisations of Ancient Sahara”.

Notwithstanding his age, and his difficult physical conditions, he had travelled to the Libyan Sahara until very recently. He was incredibly beloved in Libya and in particular within the community of the Kel Tadrart, the Tuareg living in the area of Ghat, Awayanat and the Acacus Mountains: his name is still ‘the name’ in these regions that is able to open every door.

As Director of the Archaeological Mission in the Acacus and Messak, I take the opportunity to express my personal gratitude and of the whole Mission to him, and to encourage our efforts to protect and safeguard the area where Fabrizio Mori has spent his whole life: the Tadrart Akakus and the Messak.