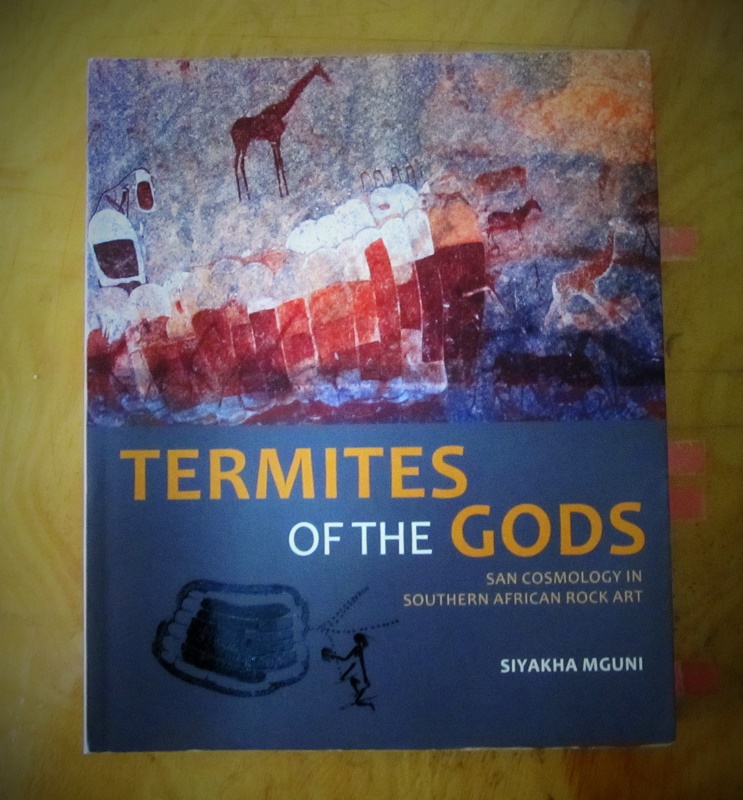 I read ‘Termites of the Gods’ by Siyakha Mguni on a bumpy trip to Northern Kenya. It helped that we often passed huge termite hills, like the ones Siyakha describes in his book, but which I had never had the fortune to see before. It was possible to see how these tall towers built by such small insects- a mind-boggling feat- could come to mean so much to San communities.

‘Termites of the Gods’ is a careful peeling away at the depiction and significance of the so-named ‘formlings’ in southern African rock art. Wits Press calls it the narration of the author’s ‘personal journey, over many years, to discover the significance of a hitherto enigmatic theme in San rock paintings.’ 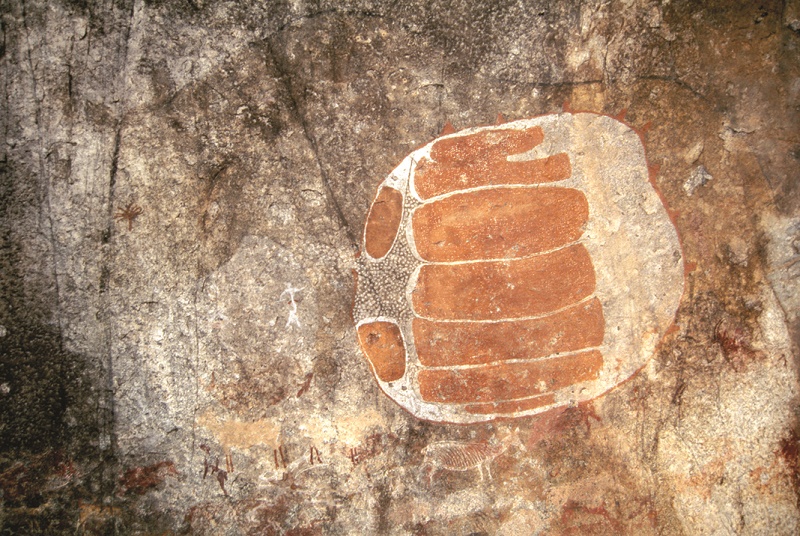 Here’s 4 reasons why I enjoyed the book:

Mguni employs an interdisciplinary lens to investigate these images. He combines ethnography, botany, zoology (entomology), archaeology, art analysis and personal reflection to arrive at the conclusion that formlings represent termitaria or termites’ nests and flying termites in association with them. These disciplines also serve to demystify the significance of termites in San cosmology.

I particularly enjoyed insights into formative experiences that Mguni had in his childhood and young scholarly life which enabled him arrive at his conclusions. In fact, were it not for these significant happenings in the author’s life, he might not have successfully unlocked the key to what formlings represent. Keeping in mind that previous scholars had given explanations varying from the smoke from Mosi-a-tunya falls to bees’ hives, this was an integral piece of the puzzle to solve. In some areas of scholarship one is supposed to keep the self out, therefore the significance that personal experiences played in this mystery and that those narratives appear in the book is not small.

Mguni goes beyond identification in his book. As mentioned previously, correct identification of formlings is no easy feat. But the book doesn’t stop at identifying formlings. It goes on to explore the cosmological importance of formlings to San painters. Considering how ubiquitous formlings are as a painted form in countries such as Zimbabwe, there must have been good reason to paint them. The book does not disappoint in its effort to explore these reasons.

Finally Mguni employs a cable form of research, as he describes it, threading layer upon layer of evidence to reach his conclusions. As he explains in the book, in this way, even if one piece of evidence fails the rope remains firm. Because the book is so systematic in its threading of evidence it takes a while to get to the good stuff. However, all that is more than rewarded in the end.

After reading Termites of the Gods, I now look at termites’ nests and San powers of observation and meaning-giving with more respect: something so seemingly simple as termites nests can be imbued with much meaning, and be incorporated into the depths of a complex spiritual system. Formlings do not deviate from the other San rock art in this sense. In fact, these at first strange-looking representations are firmly in sync with other San cosmological representations in rock art.

Tourism on the rise in Somaliland
Scroll to top