The Royal Geographical Society – Hong Kong invited David Coulson to speak on “The Rock Art of Africa: 25,000 Years of World History and Climate Change on the World’s Biggest Canvas”. 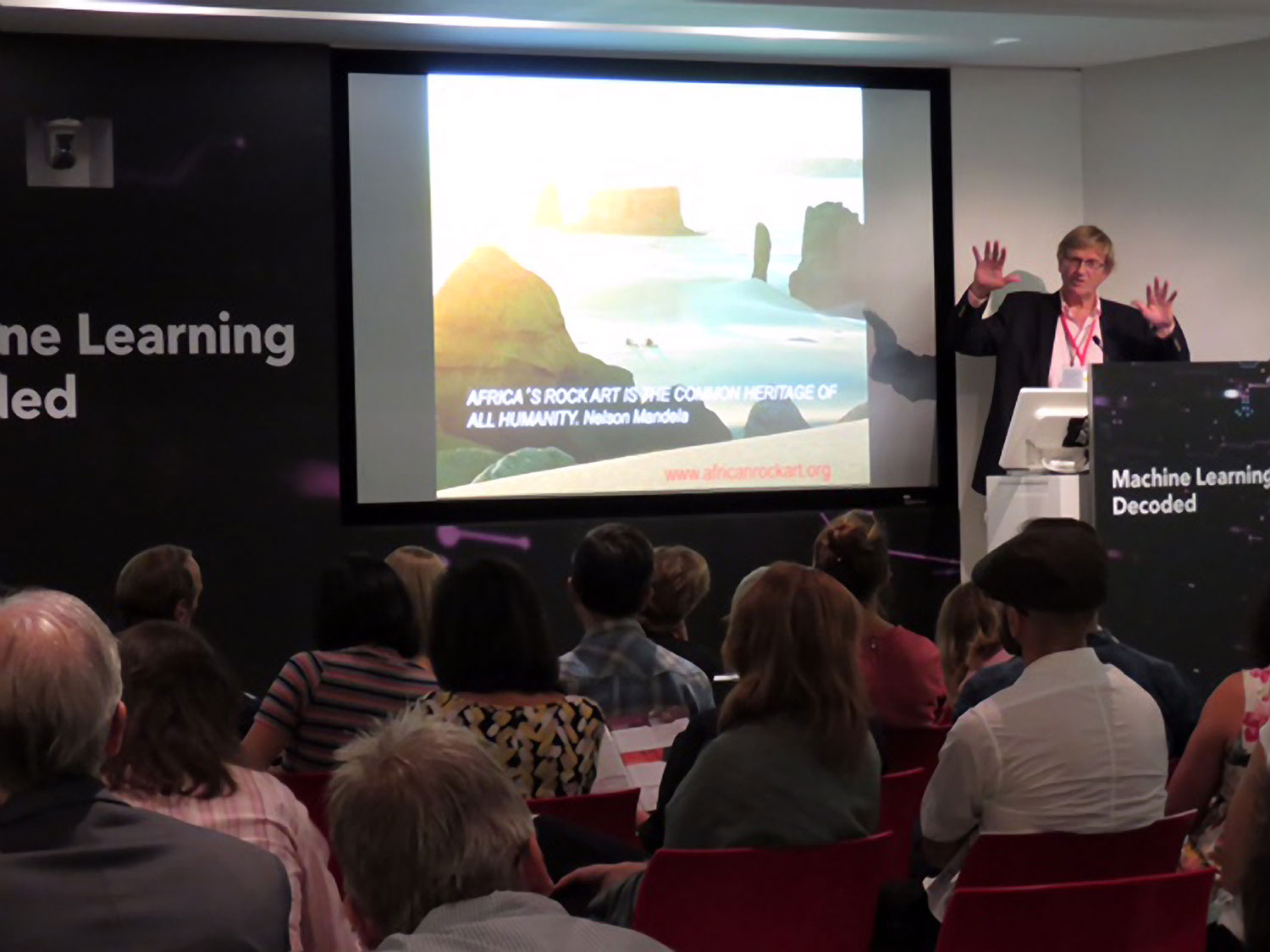 The prestigious event was introduced to RGS members and guests as follows:

“Residing in Africa for more than 40 years, British adventurer and photographer David Coulson has discovered and documented more rock art sites across the continent than anyone else. On the way, he has accumulated many amusing stories, including being charged by elephants and frequently lost in desert sandstorms.

In the Kalahari, Mr Coulson spent long periods with the Bushmen when he photographed some of their ancestral art. In Egypt’s Western Desert, he used modern photographic techniques to map the trove of faint images in a huge underground cavern known as the Cave of Swimmers, because of the front-crawl-like depiction of the figures.

Other African rock art discussed in the talk includes a collection of 8,000-year-old anatomically accurate carvings of nine running giraffes on an ancient riverbed in Algeria, the largest measuring 27 ft from muzzle to hind hoof. In addition, he talks of a series of white circles the size of dinner plates that migrating Stone Age hunter-gatherers painted on a granite hillside in eastern Uganda, roughly 1,500 years ago.

David Coulson is a photographer, writer and African explorer as well as being a specialist in African rock art. In the 1980s and 1990s, he worked out of Kenya as a professional photographer and writer, and his books and articles were published across the world. It was during his many travels for these projects that he became aware of the richness and diversity of Africa’s rock art.

He is the founder and Executive Chairman of the Trust for African Rock Art, founded with the help of Dr Mary Leakey and Sir Laurens van der Post. Since its inception, TARA’s work has been supported by a number of well-known international institutions such as National Geographic, and the Getty, Ford and Andrew Mellon Foundations. During this, he has driven the equivalent of at least three times around the Earth. Mr Coulson also spearheaded the Focus on Your World international photo competition on the Environment in the early 1990s sponsored by Canon. The competition, of which David was also a judge, attracted 32,000 entries from 140 different countries, the biggest photo competition ever held. He is the author of African Rock Art and Namib on Namibia’s coastal desert.”