In a remote part of northern Kenya, near some beautiful natural springs in Kalacha Goda, the 2013 Kalacha Cultural Food and Music Festival was held on 24-25 August 2013. 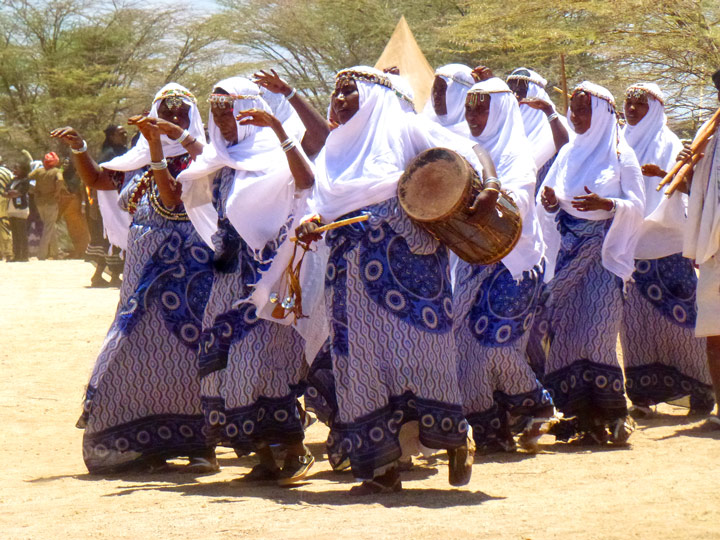 “This cultural festival, organized for the second year running by Kivulini Trust highlights the Trust’s commitment to keeping the traditional culture and crafts of indigenous communities alive.”

At the invitation of Kivulini Trust, TARA team members (Chairman David Coulson, Manager of Community Projects Gloria Borona, and Board Member George Abungu) were in attendance. Christensen Fund were the main festival funders. The 2013 Kalacha Festival brought together 13 communities (Borana, Burji, Daasanach, El-Molo, Gabbra, Garri, Konso, Rendille, Somali, Samburu, Saakuye, Turkana and the Waata) to promote the themes of cultural diversity, social harmony, and sustainable development. About 3,000 people attended the festival including over 500 traditional dancers from diverse ethnic groups, including several from Ethiopia.

The festival was also attended by local politicians (such as the Governor of Marsabit County and MPs), other dignitaries, as well as officials from the National Museums of Kenya. “This festival showcased the diversity of the region’s rich cultural and natural heritage through artistic expressions, exhibitions of traditional foods, medicinal plants, and demonstrations of traditional technology.” Local jewelry, textiles, and artifacts were available also.

David Coulson and George Abungu gave keynote speeches under the introductory theme of “Treasures of Northern Kenya”. Dr. Abungu spoke about the importance of recognizing the region’s value in terms of its archeological and paleontological richness. Chairman Coulson spoke about the significance of rock art and the region’s huge tourism potential, also discussing the magnitude of TARA’s community projects.

TARA is looking forward to working with the Kalacha community to develop a Community Rock Art Project focused on the rock engraving site at Kalacha.