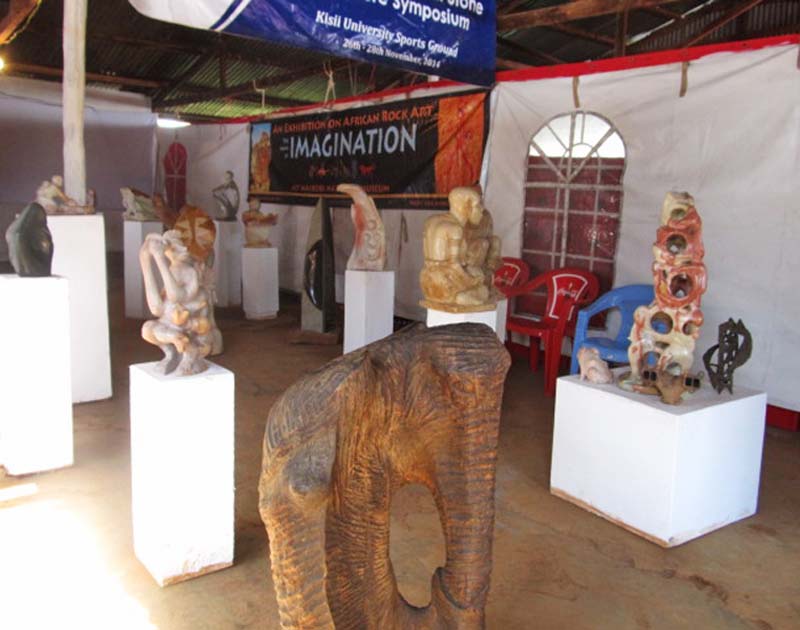 TARA participated in the Kisii Agricultural Show that was held in early July in Kisii Town, Western Kenya on the invitation of our partner and sculptor Mr Elkanah Ongesa, and his organisation DEPCONS, Design Power Consultants. This was the first time that either organisation had participated in the agricultural fair but our combined stand showed how the creative arts, both ancient and contemporary, could contribute to development in line with the fair’s theme of innovation for development. Our combined stand also won 3 awards for creativity, demonstration of potential for international co-operation, and community engagement.

The TARA team walked fairgoers – a majority of them students – through a short presentation on what rock art is, and its importance, and answered questions about the presence of rock art in Kisii and associated meanings of rock art in other places. 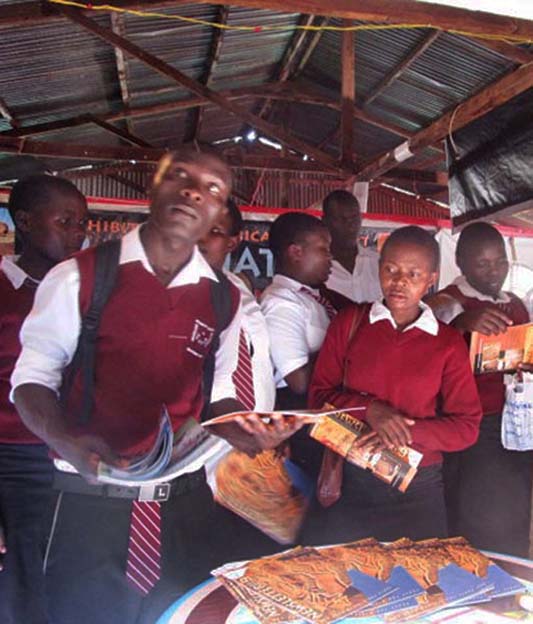 Rock art in Kisii first came to TARA’s knowledge in 2012 when Elkanah informed us of the destruction of engravings, largely as a result of soapstone mining. Following initial visits to see and document the art, which comprises cupules and concentric circle carvings, TARA, with the support of the Prince Claus Fund, organised a number of community engagers’ workshops to brainstorm along with the community how the rock art could be conserved and valorised. Many community members agreed that in order to conserve rock art, it must contribute to the local economy.

The presence of rock art and soapstone sculptures in the same stand was testament to the hope that ancient creativity can contribute to modern day designs. In this way conservation of rock art and economic exploitation of soapstone could go hand in hand.

After the show we visited Sameta hill, where active soapstone mining was taking place, with a Kisii elder, Mr Elijah Mayieka. He showed us some engravings and cupules, a lot of which were connected to cultural celebrations that involved body painting using white ochre. Many rocks had scrapings and it is likely the cupules were ochre mixing receptacles. 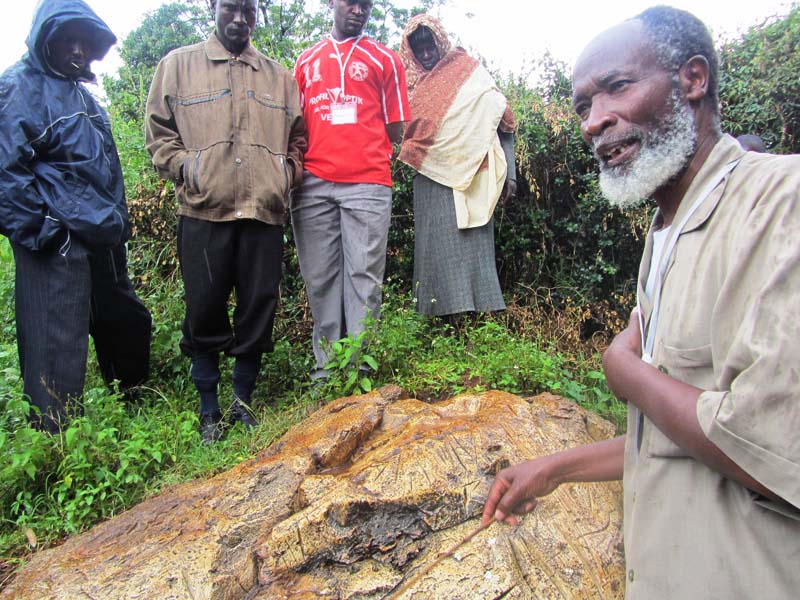