During the course of November 2017, David Coulson of TARA led a 4,000 kilometre expedition to the Tibesti Mountains in northern Chad, the highest mountains (3,415m) in the Sahara Desert. The expedition/project was funded by the US Ambassadors Fund for Cultural Preservation (AFCP) which included two rock art expeditions to northern Chad over 18 months.

The first was to the Ennedi Mountains in November 2016, and the second was to the Tibesti last month. The recent trip was also supported by a small grant from the National Geographic Society in Washington DC. The central Sahara is one of the richest repositories of ancient rock art on earth and dates from a time when the Sahara was green and full of people and animals.

The aims of the expedition were:

As part of the sensitisation activities, TARA has designed and produced an exhibition which is now in Ndjamena and will soon be opened at the National Museum where TARA will be represented by Terry Little.

Also accompanying the expedition was a distinguished group of TARA supporters, including a well known international travel journalist, Lucia van der Post, who had been commissioned by the London Financial Times to write a story on the trip.

The expedition consisting of six Toyota Landcruisers left Ndjamena on Nov 3rd and routed up the eastern side of the country via the town of Abeche, not far from the border with Darfur (Sudan). After crossing the 16th parallel, the group camped just for one night at the edge of the Ennedi mountains (see map below) in an area rich with rock painting sites, mostly dating from the Pastoral period of Saharan rock art (2,000-5,000BC). From here the expedition travelled north west via Faya Largeau in the direction of the Tibesti, crossing huge tracts of desert and eventually reaching a massive crater known as the Trou au Natron, whose rim is at 9,000 feet above sea level. The crater is 700m deep and maybe 8 kilometres wide.

The return journey took the expedition through the southern foothills and canyons of the volcano, Emi Koussi (3,415m), the highest mountain. Amongst this wilderness of cathedral-like peaks and rock towers are some wonderful and important rock art sites. Some of these, David Coulson, TARA Chair, had seen on his first Chad visit in 1996. 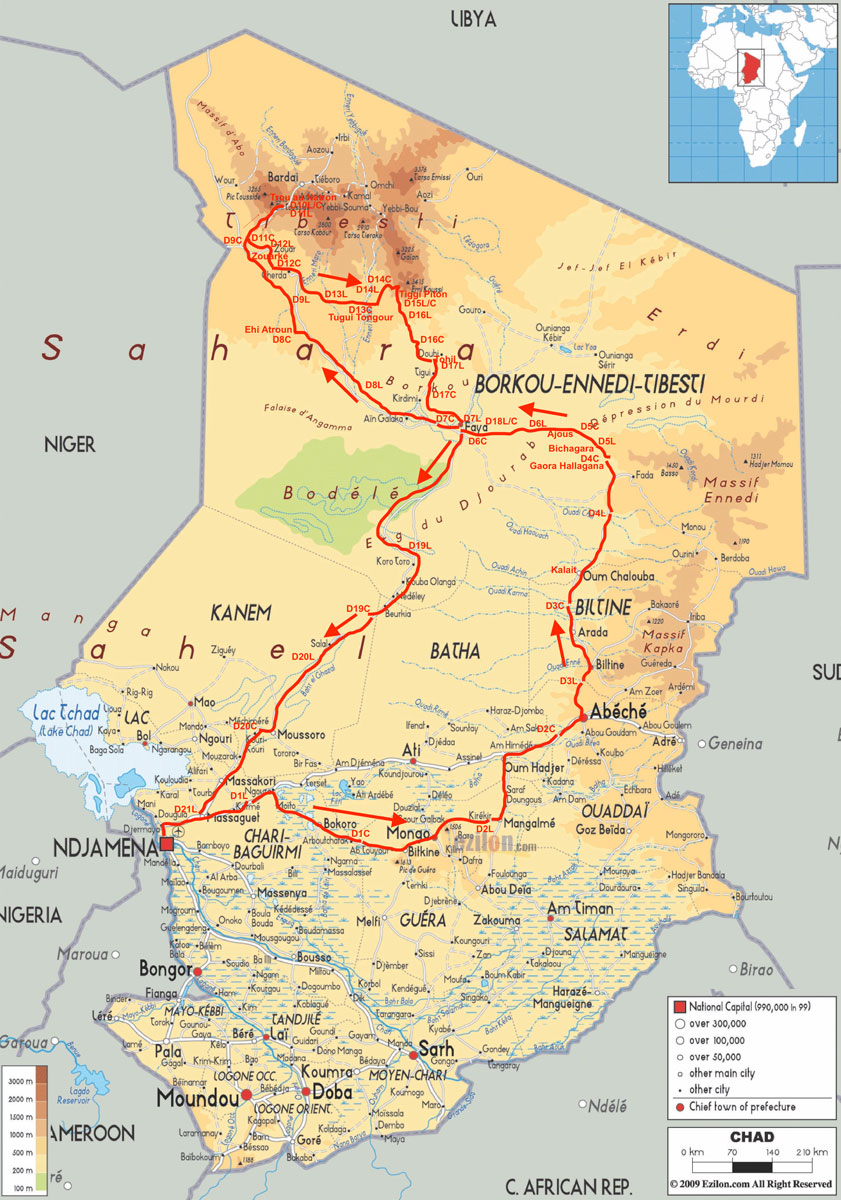 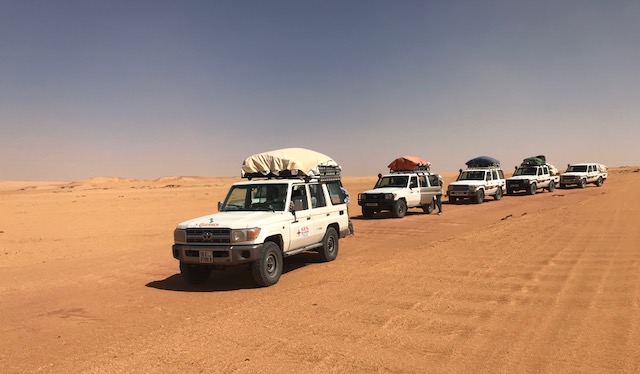 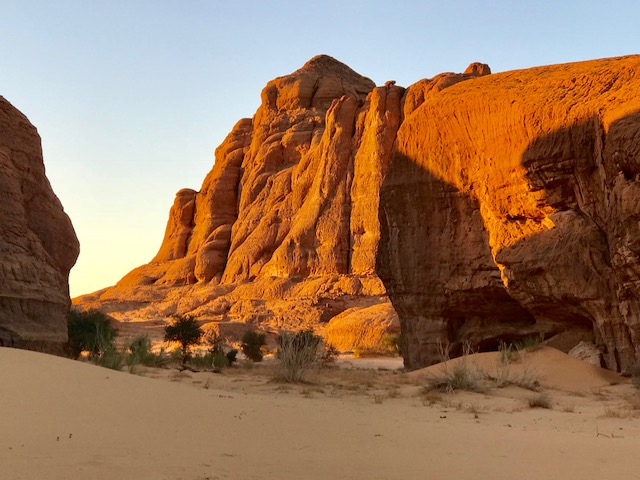 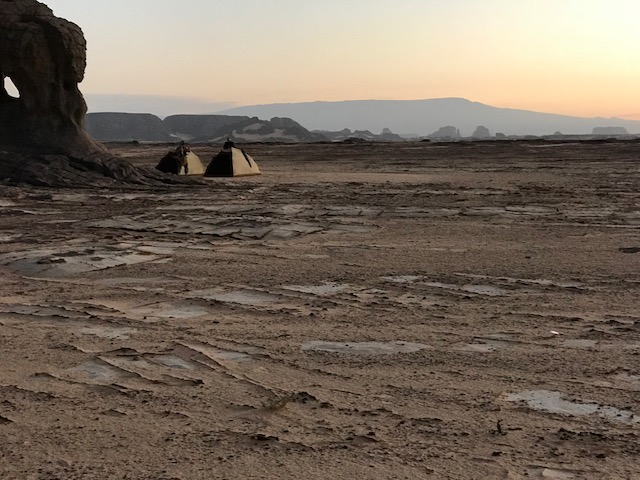 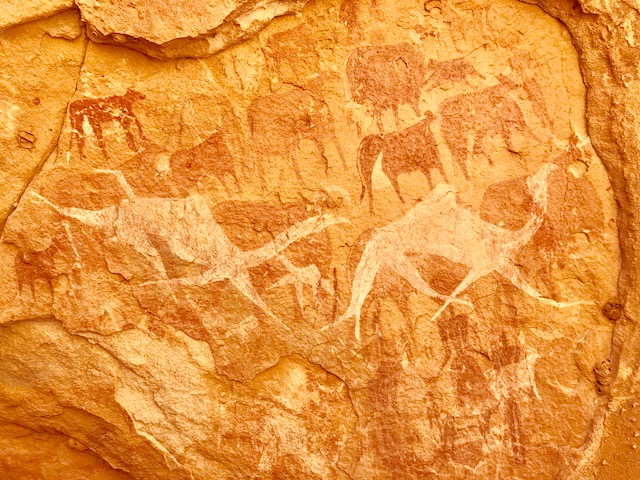 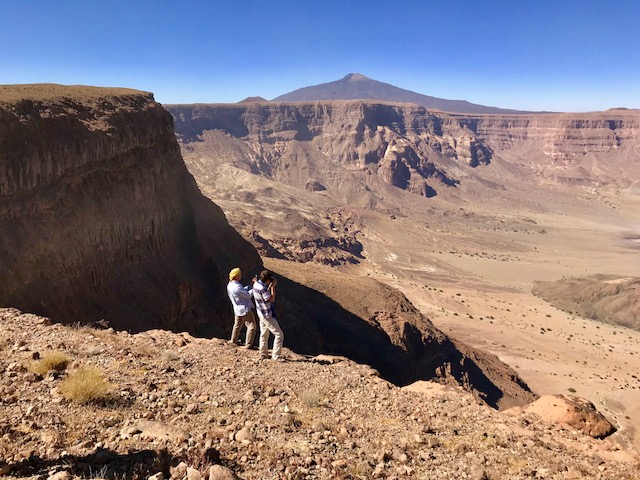 High in the Tibesti Mountains. 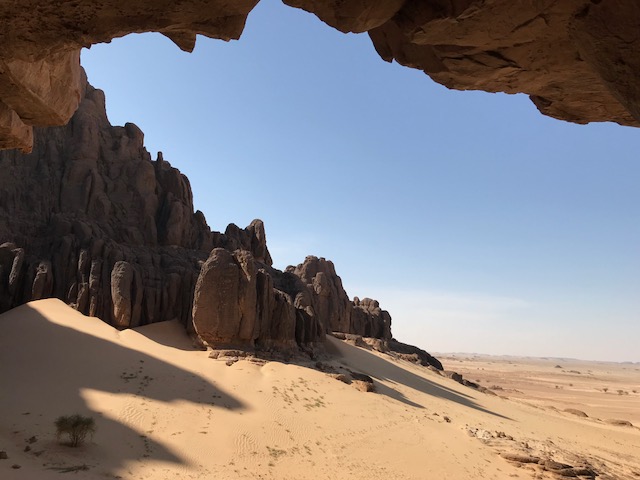 Looking out of a painted cave. 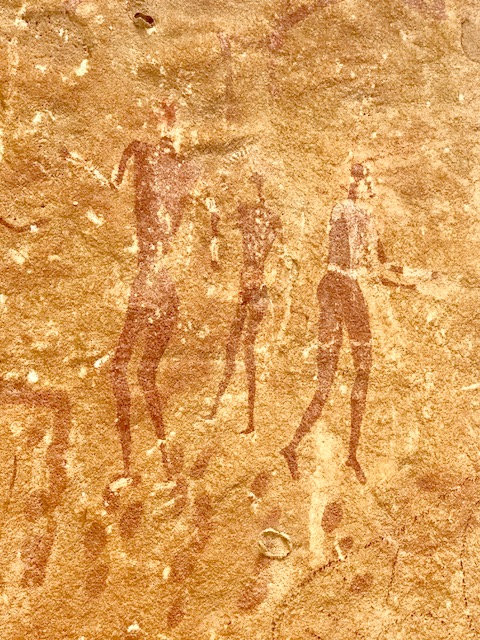 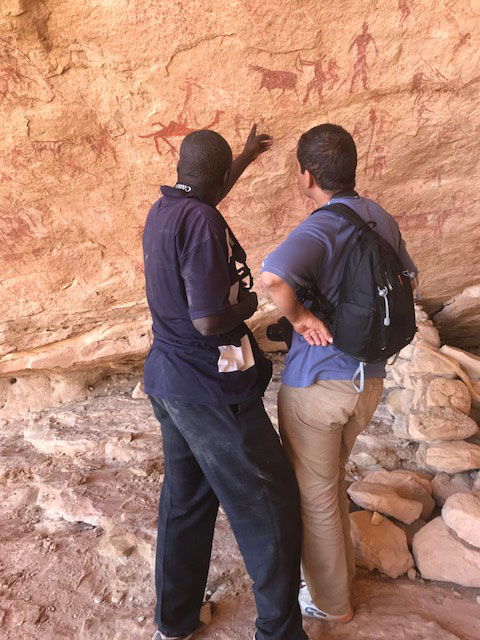 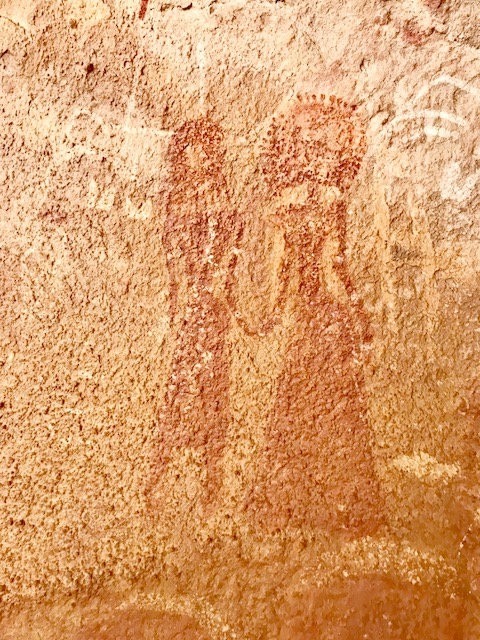 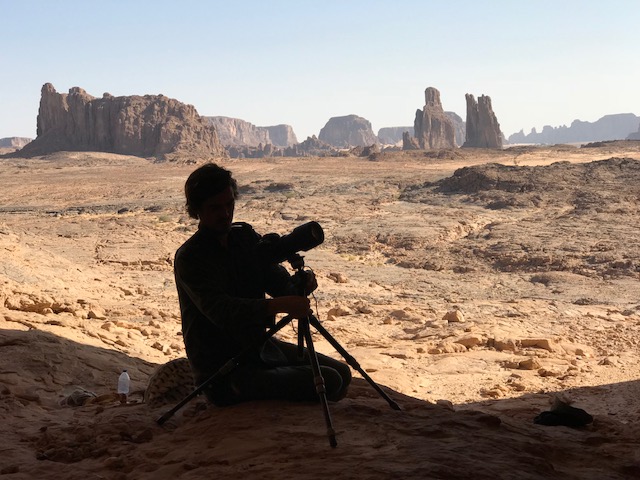